The Stonewall Riots and How They Shaped The LGBT Movement 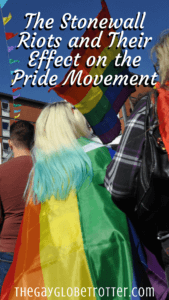 The Stonewall Inn, home of the Stonewall riots. Nowadays, the Stonewall Inn is a place where humans of all shapes and sizes gather to celebrate love seven days a week as the sun goes down. It also stands as a testament to the greatness of protest and the importance of life and liberty. Of happiness.

Were the riots really that pivotal, you ask? As someone growing up in a world becoming more accepting of those who fly the rainbow flag, I can proudly say, “Yes.” Without the Stonewall riots, the LGBT movement may never have set sail. 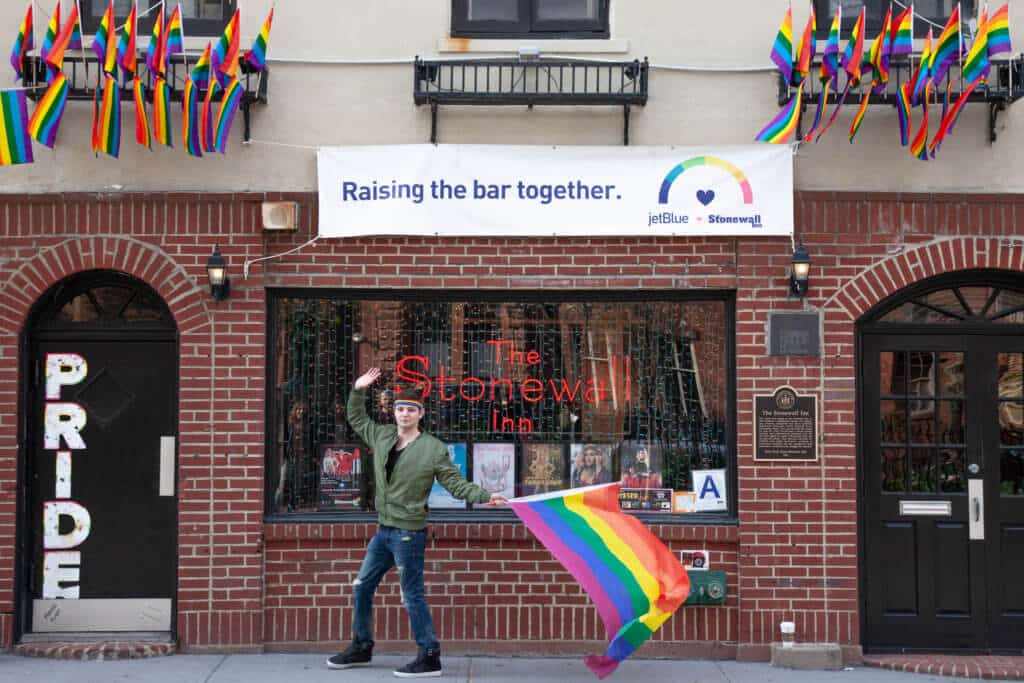 Located in the quaint district of Manhattan called Greenwich Village, the Stonewall Inn is almost humble in appearance. You could walk right past the brick and stucco facade nowadays and never see the PRIDE emblazoned on the doorway or the neon lights in the window.

Though the LGBTQ+ world has a long way to go when it comes to equal rights, it says a lot for someone of the queer community to be able to waltz right by a gay bar in the middle of a populated city and think nothing more of it.

Before the Stonewall protests, something like gay bars out in the open was unthinkable to many.

Had the Stonewall Inn never been built, would the protests in the early morning hours of June 28, 1969 have occurred? Could the Stonewall riots have had a more effective name? Or was it already written in the stars for gays, lesbians, and transgenders to pick up those bricks on that steamy summer morning and let themselves be heard? 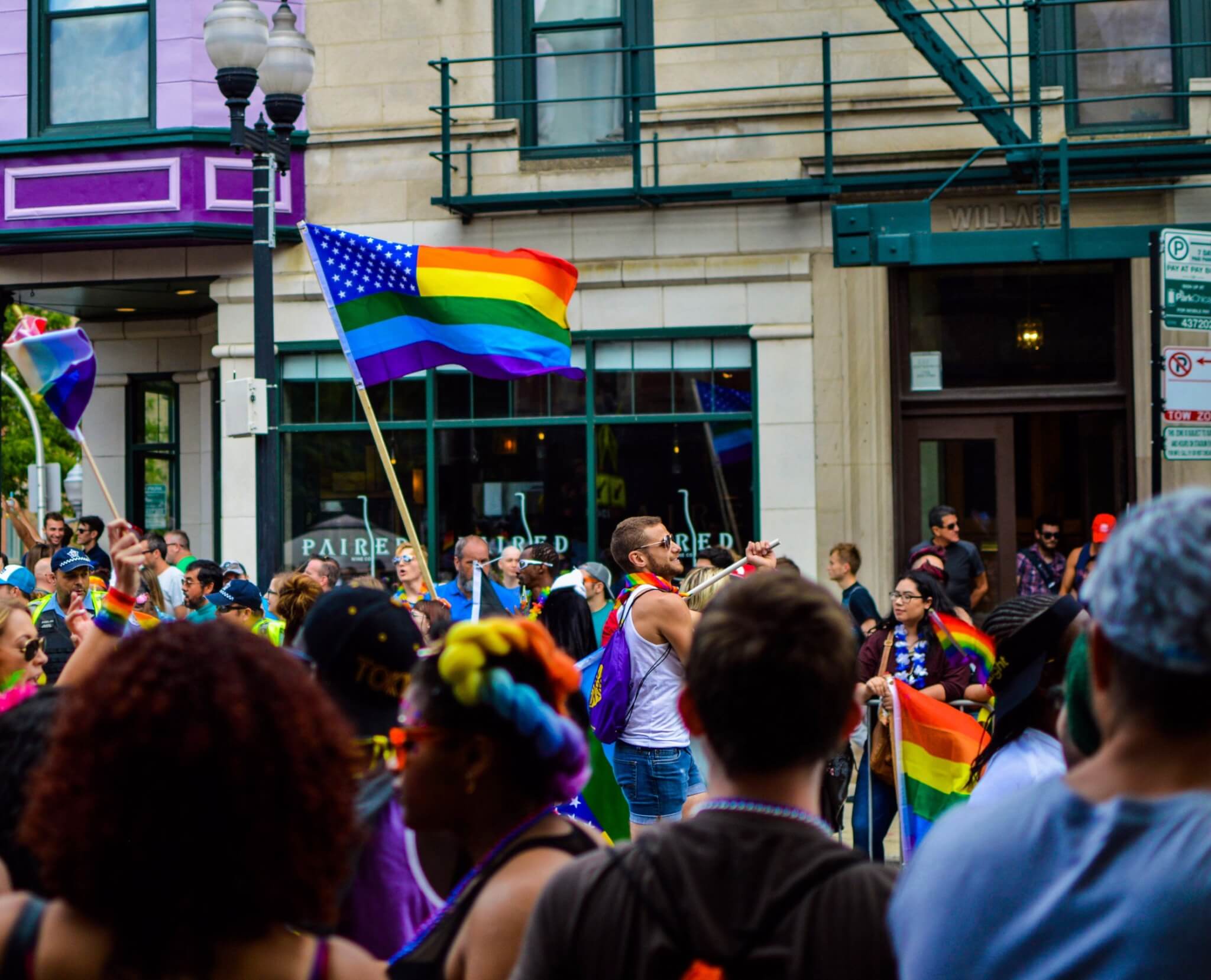 As someone who wasn’t even thought of in those days, I can only begin to imagine how different the LGBT world would be without those riots.

But when I hear the stories, I can transport myself to that moment in time—and I can feel the power of that brick and mortar.

The Stonewall Inn is more than a gay bar. It’s a fortification that announces proudly that every person on this planet has a place to be themselves.

The Beginning of The Stonewall Riots

It all started in 1969, during a time when the solicitation of homosexual relationships was illegal in New York City and almost every other urban zone in North America. In those days, gay bars were sanctuaries in the center of hostile war zones that allowed LGBT people to communicate without harassment.

The Stonewall Inn also served as a de facto community for those without a place of acceptance or who were jobless, cold, and lonely.

For a small fee, people could get inside and feel as if they had a home, regardless of what was happening outside of the walls.

Unfortunately, queer folk were nettled incessantly with routine police involvement. Discrimination and raids were not rare, and it was only a matter of time before the Stonewall Inn was hit.

The Stonewall Inn soon caught the attention of the New York City Police Department, because it was suspected that this dark, crowded, gay bar was operating without a liquor license.

Under the veil of the early morning shadows, nine police officers entered the bar, arrested the Stonewall Inn employees for not having a liquor license, used violence against numerous patrons, forced everyone out from the bar, and even used a criminal statue at that time to arrest several more people.

The issue? During this time, anyone who wasn’t wearing at least three pieces of gender-appropriate clothing was considered criminal.

Drags and queens happened to be the usual patrons at the Stonewall Inn. It was the perfect place to catch people for violating such a petty statue. And this raid on the Stonewall Inn was the third to happen in Greenwich Village in a short span of days.

It was vile. It was contemptible. More and more people were being subjected to brutality, and the crowd simply had had enough.

This was the day that the LGBTQ+ community decided to fight back. As people were hauled off to the police van, a seething crowd gathered. Reportedly, one of the women being carted off started to shout, “Why don’t you guys do something!” And so the crowd did.

Jeers and jibes started to rise. Bottles were hurled at the police officers. Since gays during this time were often passive and submissive to the whims of law enforcement, this outrage at the raid caught the police off guard, and they were forced to ask for reinforcements while hiding in the bar.

Around 400 gay men, women, and transgender individuals swarmed the Stonewall Inn like a fierce and fabulous wave, eventually breaching the police barricade that had been made.

A flame—both literal and symbolic—was ignited that morning. Riots ensued with five days outside of the Stonewall Inn. Not only was it the first time the gay community fought back against injustice, it was the first time in history that the LGBT community meshed together as a unified front.

The Stonewall riots were a new kind of assembly, one that saw gays soaked with fire hoses while homosexual cheerleaders sang bawdy songs and danced like a line of Rockettes before law enforcement.

The LGBTQ+ community didn’t stand down. Even as the crowds dispersed, the signs and graffiti demanding liberation from a monochrome society or to “legalize gay bars” and “support gay power” remained.

Together, the sexual minorities of that era became a power of love and compassion that continues to exist in present time. 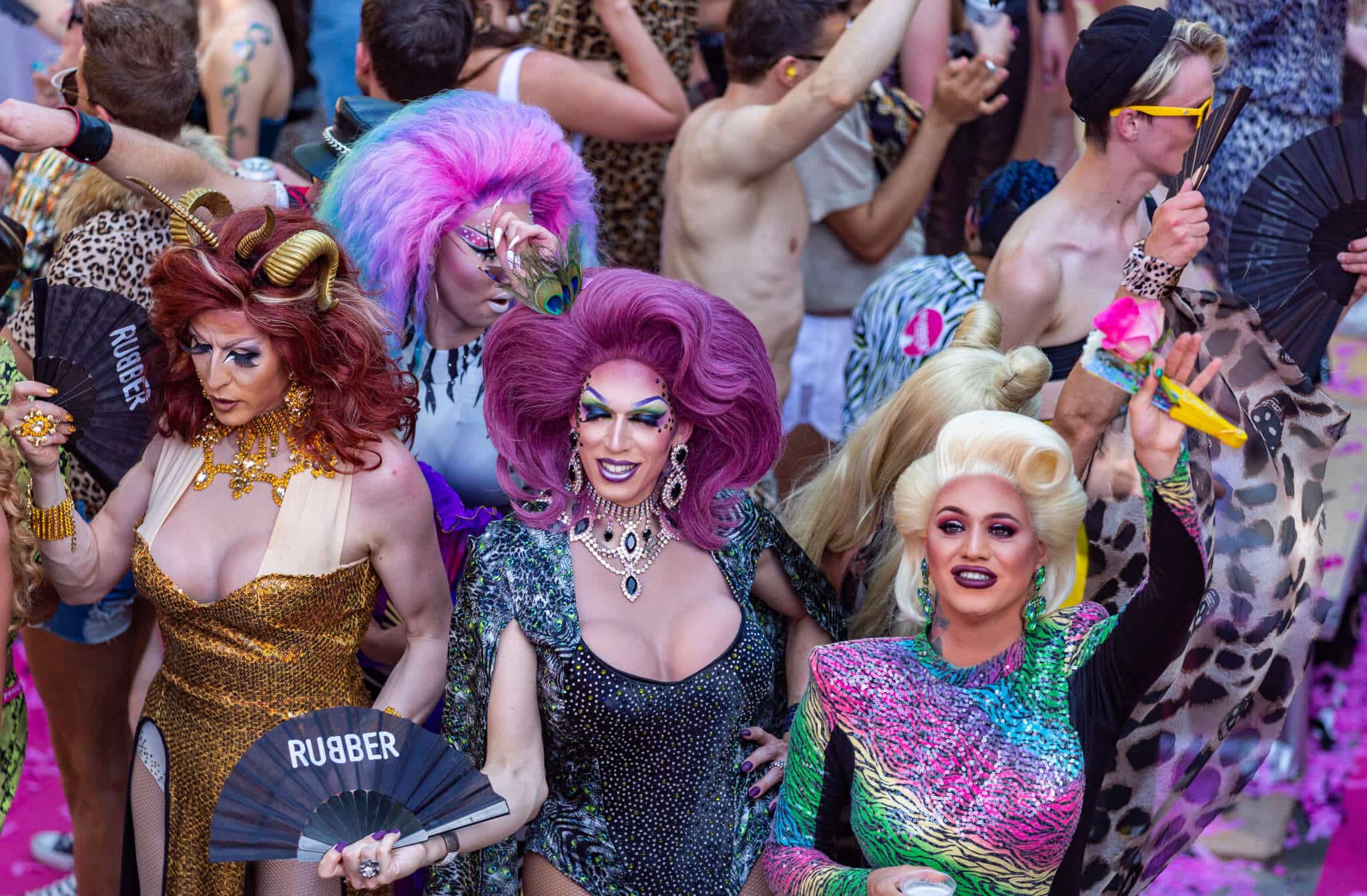 Those five days of queer protests were a catalyst that affected more than homosexual rights. The Stonewall riots had an affect on everyone’s rights—whether those people were an ethnic minority, women, transgender, or what have you. Those five days sparked an interest in homosexual solidarity on a global scale.

As a result of the Stonewall protests, groups like the Gay Liberation Front (GLF) and the Gay Activists Alliance (GAA) were formed. Other organizations were built in the 1970s as a response to the protests as well, like the Human Rights Campaign, the UK-based group OutRage!, Queer Nation, and other groups that have dissolved, like the former Gay and Lesbian Alliance Against Defamation (GLAAD) and Parents, Families and Friends of Lesbians and Gays (PFLAG).

It wasn’t until 1999 that the United States National Park Service named the Stonewall Inn as a Historic Place on the National Register.

Then, in 2016, President Barack Obama named Stonewall Inn as part of a national monument that also includes Christopher Park and the streets and sidewalks that surround the gay bar.

The Future Is Full of Rainbows

With the 50th anniversary of the Stonewall riots behind us, one can only look to what the future will bring. The sight of Christopher Street, where the Stonewall Inn continues to stand, all festooned in rainbow flags, men in drag, lesbians holding hands and posing with the statues in Christopher Park, while others chat animatedly about their lives, it all looks so natural. It’s easy to forget that 50 years ago, the park was a place where these people would have been fighting to simply exist.

As you walk into the Stonewall Inn, you can’t help but feel a chill. It’s a welcoming thrill but also one of Pride, of pain, and of power. The history remains. Being at the bar, you can feel it unravel around you.

Kurt Kelly, the owner of the Stonewall Inn, once said, “We’re the keepers of Stonewall history, that’s why we’re here. To bring out the history. To educate people. To educate youth, that the only reason they’re allowed to walk down the street and hold hands is because of what happened in 1969. A lot of them don’t realize that it was illegal to dance with the same sex.” Now, Kelly has officers coming to the bar and telling him that whatever the Stonewall Inn needs, it receives. 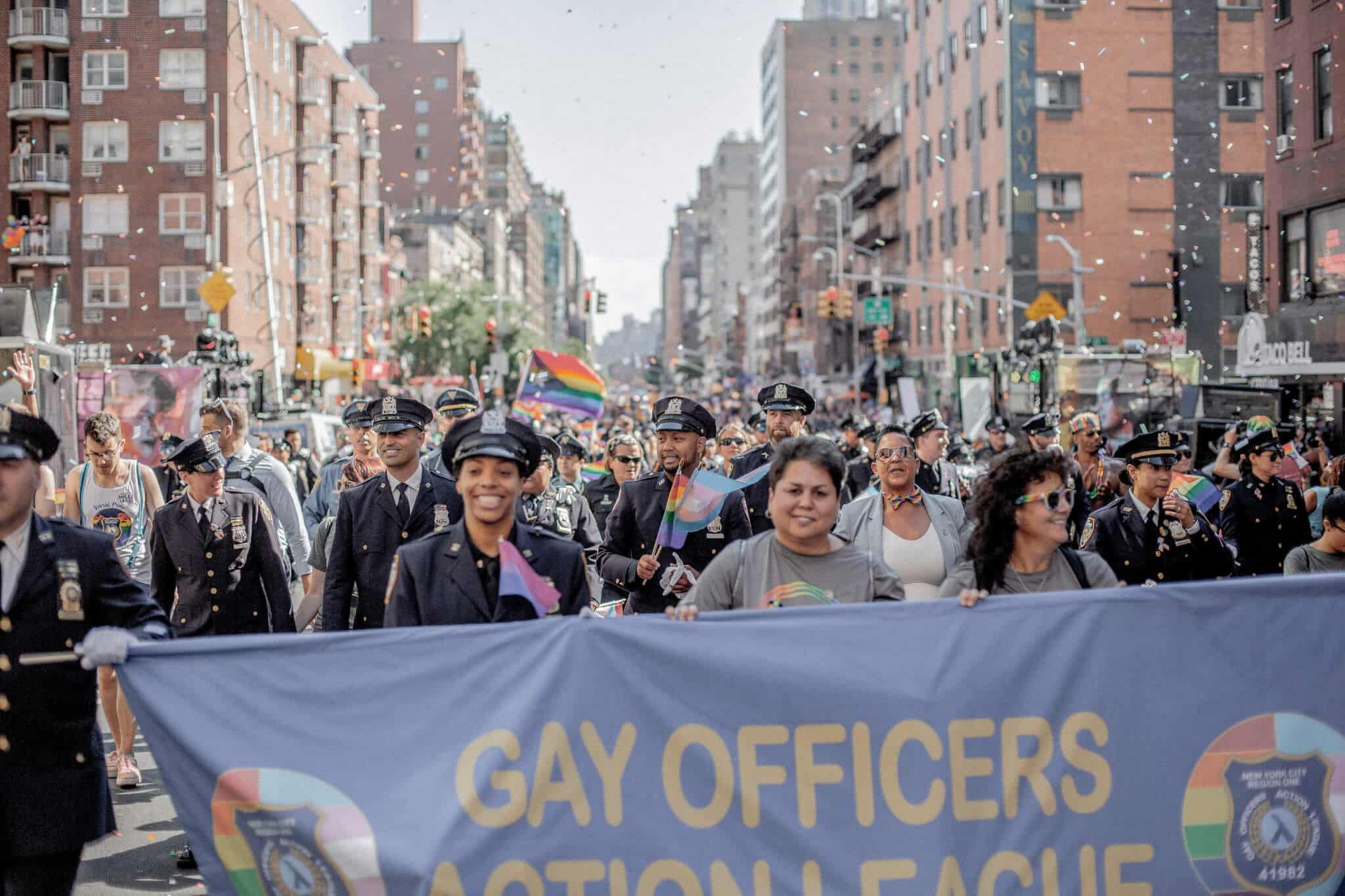 Now, you see it—the lesbian bartender flashing a gender fluid individual a smile, the two men from overseas hugging in the corner, the group of animated friends cheering by the red velvet pool table as one of their friends sinks a cue ball with expertise. You hear hundreds of languages, see hundreds of smiling faces. The singers and drag queens move about the stage with passion, empowered by the very fact that they can stand where it all began and be who they were meant to be.

If this all feels so empowering now, imagine how it must have felt that night to finally start the fight.

While the protest could only be born once, it has been roaring loudly, clearly, for the past 50 years. That’s why I believe the future Is full of rainbows, especially when the LGBTQ+ community has a home at the Stonewall Inn, birthplace of the gay rights movement.

Get the best recipes delivered right to your inbox. 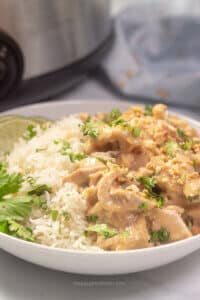 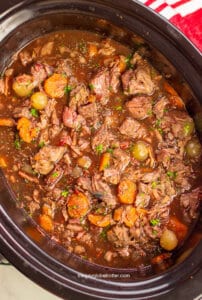 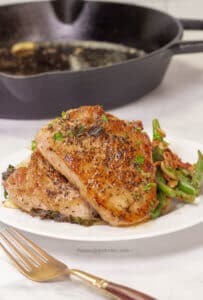